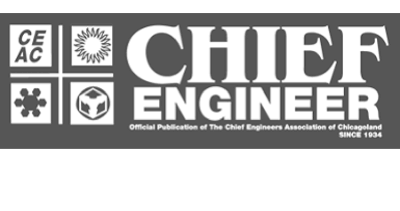 Chief Engineer, the official publication of the Chief Engineers Association of Chicagoland, features the energy savings delivered to 155 North Wacker Drive in Chicago through the installation of enVerid HLR units at the office building. The article also mentions the fact that enVerid HLR technology won ASHRAE’s Product of the Year award at the AHR expo in 2019, saying.

Because of this marriage of elevated air quality and diminished cost, ASHRAE decided to name enVerid’s HLR technolo- gy as Product of the Year at this year’s AHR Expo in Atlanta. It’s an honor that the folks at enVerid were not expecting, even after having been named the winner of the prize for the Green Building category. But the ASHRAE judges were so impressed, that they described the air-scrubbing technology as both visionary and game-changing. Not to mention that it typically earns 10-12 LEED points for the building in which it is installed.